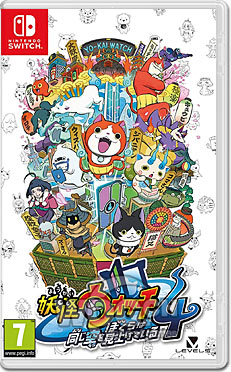 The Yo-kai Watch 4: We're Looking Up at the Same Sky, takes you to more than one Protagonist. Control freely Natsume, Keita, and Shin, the protagonists of the three worlds.

The battle system of Yo-kai Watch 4 is evolved and completely different from the previous games.

There is one more world outside of the three worlds that make up the setting of the adventure. A Fourth World only in Yo-kai Watch 4 seems to exist. The key to opening the door to this fourth world might be the Yo-kai Ark.

Bloodstained: Ritual of the Night

Chronos: Before the Ashes -E-

Legend of Zelda: Breath of the Wild 2

Ni no Kuni: Wrath of the White Witch