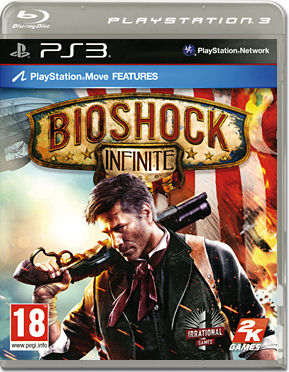 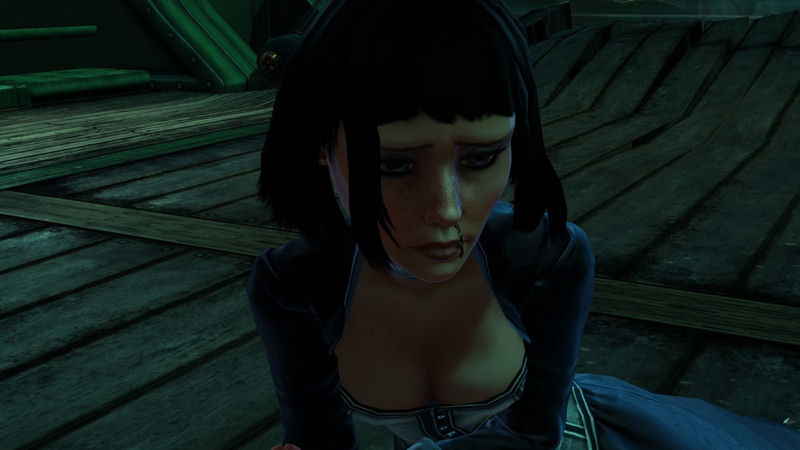 BioShock Infinite is a single player First-Person Shooter, and the third game in the critically and popularly acclaimed BioShock Series. The events of BioShock Infinite are set prior to those of earlier games in the series and unrelated. Yet although unrelated, the action in the game contains a familiar flavor and flare, with a combination of human and mechanized opposition, a variety of physical and personal biological weapons, and a distinctive storyline and setting. Additional features include, the brand-new hero Booker DeWitt, the aerial city of Columbia, the vigors/nostrums biological abilities system, and a variety of strategies to use against foes.

A Brand-new BioShock Adventure Set in the Sky

BioShock Infinite is a whole new BioShock adventure set in the new environment of Columbia, an immense city in the sky. Players assume the role of a down-on-his luck former Pinkerton agent Booker DeWitt, sent to Columbia in 1912 to rescue Elizabeth, a young woman imprisoned there since childhood. DeWitt will develop a relationship with Elizabeth, augmenting his abilities with hers so the pair may escape from a city that is literally falling from the sky. You will learn to fight foes in high-speed Skyline battles, engage in combat both indoors and outdoors, and harness the power of dozens of new weapons and abilities.

Although BioShock Infinite is a whole new adventure, set away from the underwater city of Rapture featured in earlier games in the series, its gameplay mechanics are familiar. Initially the player is tasked with finding and rescuing the character, Elizabeth, a captive within the city for the majority of her life. In searching for her, the open-air city is traversed by foot as well as the "Skyline," a rail system that the player connects to manually via a handheld grapple type tool. Elizabeth's imprisonment is a mystery, and she and thus the player are pursued by a variety of enemies, human and mechanical. Primary among these is "Songbird," a robotic birdlike creature, and Elizabeth's one-time guardian/jailer. It wants her back. Players can utilize a variety of strategies in combat, including attacks, stealth, and hacking. In combat weapons are available, such as sniper rifle, machine gun, shotgun, pistol, rocket launcher, and of course, their fists. The game also features chemical based weapons in the form of vigors and nostrums. These function similarly to the plasmids and tonics used in earlier BioShock games, with vigors granting access to actively used powers and abilities, and nostrums passively bolstering an overall condition, for example, improved health, strength or damage resistance.

Jak and Daxter Collection -US-